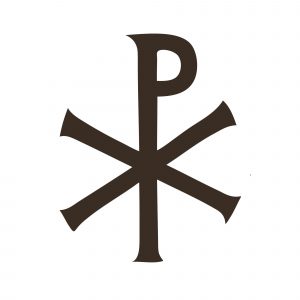 We all understand how necessary it is to have proper insurance in case of an accident. However, insurance can only go so far, so what about divine Angelic insurance? The Circle of Raphael’s powerful Chi-ro amulet has been used as a highly protective Angelic talismanic item for thousands of years and has a proven record of success that is second to none.

Amulets such as our powerful Chi-ro amulet help neutralise and repel certain forces and situations before they can manifest and promote an undesired or negative effect. Talismans work in a positive way by attracting the casual Cosmic energies and Angelic influences necessary to create whatever effect or result its owner may desire. To some extent talismans and amulets achieve the same result: An amulet which helps to ward off misfortune is after all doing much the same thing as a talisman which sets out to procure good fortune. The Circle of Raphael’s Chi-ro protection amulet and our King Solomon Angelic divine protection talisman have proven themselves to have the Angelic power to repel negative situations and evil things, and when necessary they have been known to guide their owner away from danger and misfortune.

Our powerful Angelic talismans are far more than lucky items of jewellery. Each talisman is directly linked to the creative Angelic language of the Cosmos and celestial words of creation. Our sacred Angelic talismans are created to aid the quick removal of all obstacles that are both physically and spiritually blocking their owner from achieving their full potential.

If you liked this information you may also enjoy our article about creating your own reality, click here.