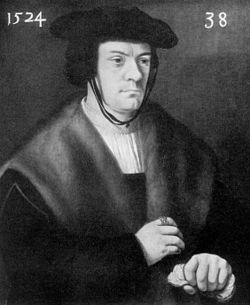 The famous 14th century Mystic and Visionary Agrippa {Cornelius Agrippa von Nettesheim} gained his vast knowledge of the workings of the unseen forces of nature through direct access to copies of esoteric manuscripts, once belonging to the biblical King Solomon that were smuggled to the West from the famous library of Constantinople after the fall of the city in 1453.

The Master Adept of the Circle of Raphael now creates and empowers Agrippa’s two most powerful and successful talismans. Agrippa’s First and Second Seals in full adherence with Agrippa’s celestial formulae and sacred rituals. The Circle of Raphael are the only people offering genuine and fully empowered Agrippa talismans for sale. See this website.

In his day, Agrippa was referred to as the last of the Magi. The Magi were a sacred society of ancient wonder-workers and guardians of the most secret esoteric knowledge. The miraculous powers associated with their unique talismans later became known in the West as Magic. The three wise-men who journeyed from the East to Bethlehem to pay homage to the Christ child, were in fact Magi. In the ancient world the word Magi also translated as ‘Wise’ or Divine Wisdom.

Agrippa’s most celebrated work was known as De Occulta Philosphia, a comprehensive defence of the true benefits of holy Angelic magic within creation, in which he successfully argues that true magic offers mankind the means of understanding God and all his manifestations in nature. All creation, he said, manifests from a single point and is animated by the same life force. Man, Nature and the Cosmos are therefore interdependent, their relationship governed by the same natural Cosmic law and the same creative holy word that in the beginning brought about all creation. To truly enjoy life one must aim to live in harmony with the divine word and see its glory made manifest in nature and running through all things. Agrippa stated that holy words in the form of talismans are the key to attracting Cosmic blessings and Angelic protection.

Agrippa referred to his two most successful and beneficial talismans as Seals, as the holy words of creation were sealed within the talisman’s sacred script for the good-fortune and well-being of their owners. The wearing or carrying of holy words on one’s person in the form of a sacred talisman, he declared, will cause a blanket of the purest and most positive Cosmic energy to wrap its highly protective divine light around its owner, creating benefits and blessings which are totally beyond measure.

Agrippa warned his disciples “If your thoughts can grasp nothing beautiful and good, and you refuse to see the Creator in all things, then you cannot know God. For there is nothing in the universe that is not God. And they who say God is invisible and can only be contacted through them are either blind or they lie. They should not speak so, for who is more manifest or visible than the Creator of Life.” As you might expect, this enlightened work was condemned by the Inquisition in 1533.

The only thing that saved Agrippa from the stake was the fact that he genuinely had an understanding of Cosmic law and is known from history to have used this knowledge to cure victims of plague, amongst other things. In fact, along with Nostradamus who was himself a student of the pure Cosmic law, Agrippa is the only other person on record with a 100% success rate in curing plague victims. He is known to have used his knowledge of talismanic holy words to help bring the victim’s bodies back into harmony with the creative life force. It is no surprise that anyone with this sort of gift was protected from the Inquisition by both Kings and Noblemen alike, who were themselves aware that they too might one day be in need of his unique skill.

Today, the works of Agrippa are revered throughout the world by students of Cosmic law, and his talismans are the most highly prized and sought after magical items, particularly his First and Second sacred Seals, which are regarded as his two most powerful and highly beneficial talismans. For it is believed that these two Seals become infinitely more powerful and effective over time and the older the talisman the more valuable it is considered to be.

Normally such precious items as the First and Second Seals of Agrippa are passed down within one’s family. With the passage of time, these seals are known to become infinitely more powerful & beneficial and will radiate larger and larger amounts of positive, harmonising Angelic energy. As a result, the whole family prosper and seem to be blessed with the luck of the Angels, which in fact they are.

Agrippa’s genius was in recognising in the copies he had of Solomon’s manuscripts, the Old testament, the scriptures of the secretive Essenes {the mysterious priesthood associated with Jesus} and the Holy Koran, that they all have one thing in common – the conviction that all things both physical and spiritual came into being through the power of the sacred divine word. He understood that the physical and spiritual, as well as the soul and the body, are simply two sides of the same coin and for any talisman to be truly effective it had to be imbued with the life-giving divine Cosmic word that creates and combines all things.

In his life long quest for knowledge, Agrippa discovered an ancient formula that showed him how to use holy words of power inscribed onto talismans to create a harmonic life-giving rhythm between the talisman, its owner’s body and soul and the life-giving force of the universe. The process is difficult and very time consuming and it has taken our Adept a number of years to fully master. However, anything as worthwhile as this is worth the effort.

Traditionally, the First and Second sacred seals of Agrippa are carried or worn in conjunction with one another. It is recommended to have both of them, but they can be used separately if desired. However, carried together they are known to treble the Angelic blessings and power of each other as well as any other talismans or holy items you may be wearing or carrying at the same time.