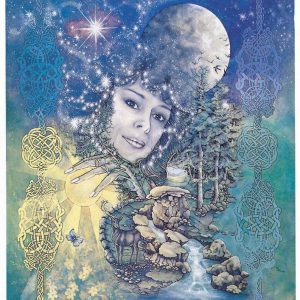 we choose to experience and live. Then why are we not all living the dream?

This was the question asked by the ancients in the biblical city of Ur. Ur was home to a remarkable priesthood that can best be described as priest-scientists known historically as the Magi.

The Magi were extraordinary holy-men and women who believed the true purpose of religion to be the scientific study of creation and the Creator. Unlike our present age, science and religion was regarded as two sides of the same coin. This was not the contradiction it seems to be in our present age. Investigating any natural formula without also investigating the spiritual side of nature was considered illogical.

Through their in-depth investigation of both the physical and spiritual side of creation, the Magi came to the following conclusions: {1} All created things are number, meaning that all life and physical phenomena is made up of transcendent mathematical patterns with an underlying creative reality consisting of waves of pure spiritual consciousness. {2} All physical experience is an illusion, and as such can be changed and modified. {3} Everything is energy and all energy is spirit. {4} Every part of creation both physical and spiritual has a unique consciousness and is interconnected across time and space to everything else. The Magi believed that how a person chooses to use their consciousness to view reality will cause that reality to come into physical existence. If you think about it, this is obvious if the Magi are correct that all physical experience is an illusion and the product of pure consciousness. Today’s physicists seem to agree with the Magi. Physicists including Hawkins have stated that, to their surprise, any physicist investigating the quantum world {the Magi called this the spiritual world} seem to always get a result in line with what they believed they would.

The Magi said that every person is born surrounded by infinite waves of pure spiritual consciousness made up of every possible reality. If someone wishes to change any aspect of their life, all they need do is make a conscious effort to view the reality they wish to experience in their mind’s eye. This will cause part of their present reality wave to disintegrate and physically transform into the new reality they wish to experience.

The Magi maintained that the waves of infinite reality every person is born with could be accessed and modified whenever they wished. The Magi clearly state that the way a person consciously views their own reality will cause that view of reality to manifest into physical existence. This would imply that we should all take great care to minimise any negative thoughts and always strive to maximise our positive thought waves. However, what about the way another person or persons may consciously view your life path; can that cause a physical change in your life? Unfortunately, the answer is yes. If people in your everyday life hold a negative view of you or your life path, they can unconsciously create a negative impact on your life. The Magi referred to these people as unwittingly casting the ‘evil eye’.

For this reason, it is imperative that, where possible, you should always surround yourself with positively minded people who, for the most part, view your life in a constructive and positive way and wish only the best for you.

The simple act of another person or persons holding an optimistic view of your life path will cause positive waves of affirmative realities to manifest and help to create positive opportunities and blessings in your life. The Magi were well aware that all any person needed to do to change or improve their life path was simply to change their own personal perception of their reality. For a Magi trained in the ancient mystery schools from an early age this was as easy as turning a page of a book in one’s mind’s eye.

However, for a regular person preoccupied with the normal ups and downs of everyday life, even the idea of performing this seemly easy form of mental magic or Magi, as the ancients called it, would have seemed like a monumental task totally beyond their understanding. The Magi, in time, remedied this with the creation of powerful celestial Angelic seals which later became known to history as ‘talismans’. The Magi were aware that all humans are watched over by seven compassionate Angelic beings of light they called the Seven Sages. The biblical Hebrews came to refer to these benevolent beings as the Seven Shining Ones. However, this name was changed by the early Judaic Christians to the name that has come down to us today – the Seven Archangels.

The Magi used their extraordinary understanding of the all-embracing universal celestial consciousness to create talismans that would cause the celestial beings known as Angels to befriend and consciously view the life path of the talisman’s owner.

The Magi reasoned that if a human being’s perception of their reality caused that view of reality to come into physical existence, then, by creating talismans to encourage the Angelic beings of the creative light to  consciously view a person’s life path, the Angels’ own highly positive view of creation will cause new highly positive realities to manifest in the life of the talisman’s owner and create new opportunities and waves of Angelic good fortune to come into existence.

To achieve this, the Magi used their vast knowledge and understanding of celestial creative consciousness to encode talismanic items {in clay, wood, parchment and metal} to call on each of the Angels of the creative light by name, requesting that they befriend and help the talisman’s owner. As this sacred talismanic request mirrors the very reason for their own existence, the Angels will happily befriend the owner of the talisman and consciously view their life through Angelic eyes, resulting in waves of positive realities and Angelic good fortune opening up and forming life-enhancing benefits in the life path of the talisman’s owner.